Now with FREE 24 Hours server trial, test it before paying!

> Read more about our Trial System.

Fully comprehensive Black Ops 3 Game Servers from a top-rated provider with more than 10 years of hosting.

Look at all the features we support for Black Ops 3

GTX are proud to be one of the leading Black Ops 3 Survival Evolved Hosts in the world and here is why.

Black Ops III Dedicated Servers back on PC, finally. Call of Duty 4 was extremely popular and still is because of the mod tools and map making tools released by the devs. Finally we have a COD game we can host and mod for many years to come. We will be providing modded servers, so you will be able to choose which mod you want when ordering.

After three long years, Treyarch's Call of Duty®: Black Ops III is ready to be unleashed.
Including new AI and animation systems, and graphics that redefine the high standards that Call of Duty fans have come to expect. Heralding an extraordinary level of cutting edge innovation with new environments, weaponry and abilities. Three distinct game modes are offered: Campaign, Multiplayer, and Zombies, Call of Duty®: Black Ops III is the most ambitious and superior of the trilogy to date.
Black Ops III - In a world more divided than ever. The elite squad consists of men and women with enhanced warfare skills, to battle faster, stronger, and smarter than ever before. Black Ops III brings difficult choices that must be made in this enchanting, dark and gritty world.

A new breed of soldier has emerged, causing the boundaries between humanity and technology to be breached, never to unmerge again. The age of robotically defined warfare is here for good. Treyarch premiers a new momentum-based, chained-movement system where players move fluidly with finesse, with controlled thrust jumps, slides, and mantling abilities in a multitude of combinations, while always maintaining complete control over your weapon.

For the first time every player is 100% customisable, from weaponry to abilities and outfits. The game can be approached with a different strategy each time. Full progression systems and personalised armoury to boast achievements, all help provide an organically evolving experience. Maps are designed from scratch to accommodate the new movement system, which allows you to be successful with traditional movement, as well as advanced tactics and manoeuvres.
Treyarch’s Call of Duty®: Black Ops III can be played entirely online and each of the game modes pioneers its own unique player XP and progression systems. Black Ops 3 can be played as campaign if preferred and also provides a better than ever social gaming experience, with the ability to play cooperatively with up to four players online - Be always on and always connected to the intelligence grid and your compatriots during battle.

The multiplayer option provides new ways to rank up, customise, and prepare for combat. Zombies provide its own dedicated narrative, giving an awesome and immersive experience. Treyarch introduce a unique and revolutionary movement system that is brought to life by cutting edge technology and is custom crafted for this version. Black Ops 3 multiplayer premiers the Specialist character system, allowing players to rank up and master each specific character’s battle-hardened capabilities and weapons. With this addition to Traditional and Weapons XP progressions systems, Black Ops 3 multiplayer gives players three different ways to rank up.

Treyarch have designed an all new horror story to give a full gaming experience with its own unique unfolding narrative. Black Ops 3 Zombies is extremely immersive. The most ambitious Call of Duty Zombies to date, with a full XP-based progression system for players that adds depth and re-playability to the engaging gameplay Zombies fans have come to expect, using the same network infrastructure and social systems that support Multiplayer and Zombies game modes. Treyarch brings you Call of Duty: Black Ops 3 - delivering the ultimate 3-games-in-1 experience.

Prices are in dollars and may be subject to small changes based on changing currency exchange rates.

Will my Black Ops 3 server be online 24 hours a day?

Yes, your Black Ops 3 server is always online. That is the main reason to pay for game server hosting. All power and network traffic are covered in your subscription so that your server can be online all of the time. Even when your PC is turned off, your clan or community friends can join your server and play in your absence 24 hours a day, 365 days per year.

How are Black Ops 3 updates handled?

If a Black Ops 3 server update is released all you need to do is click the Steam Update button on our control panel. The server will begin to check your files and update as necessary.

This will not affect your world or mods.

Once you are logged in your server may still be 'Installing'. This simply means that your server is updating to the latest Black Ops 3 version via a Steam update.  After a minute or two, click refresh on your browser and your server will be shown as 'Running' and will be ready for you to configure with your own server title and admin password.

Why do i even need Black Ops 3 hosting?

Well, there are three ways you can host your own Black Ops 3 server. 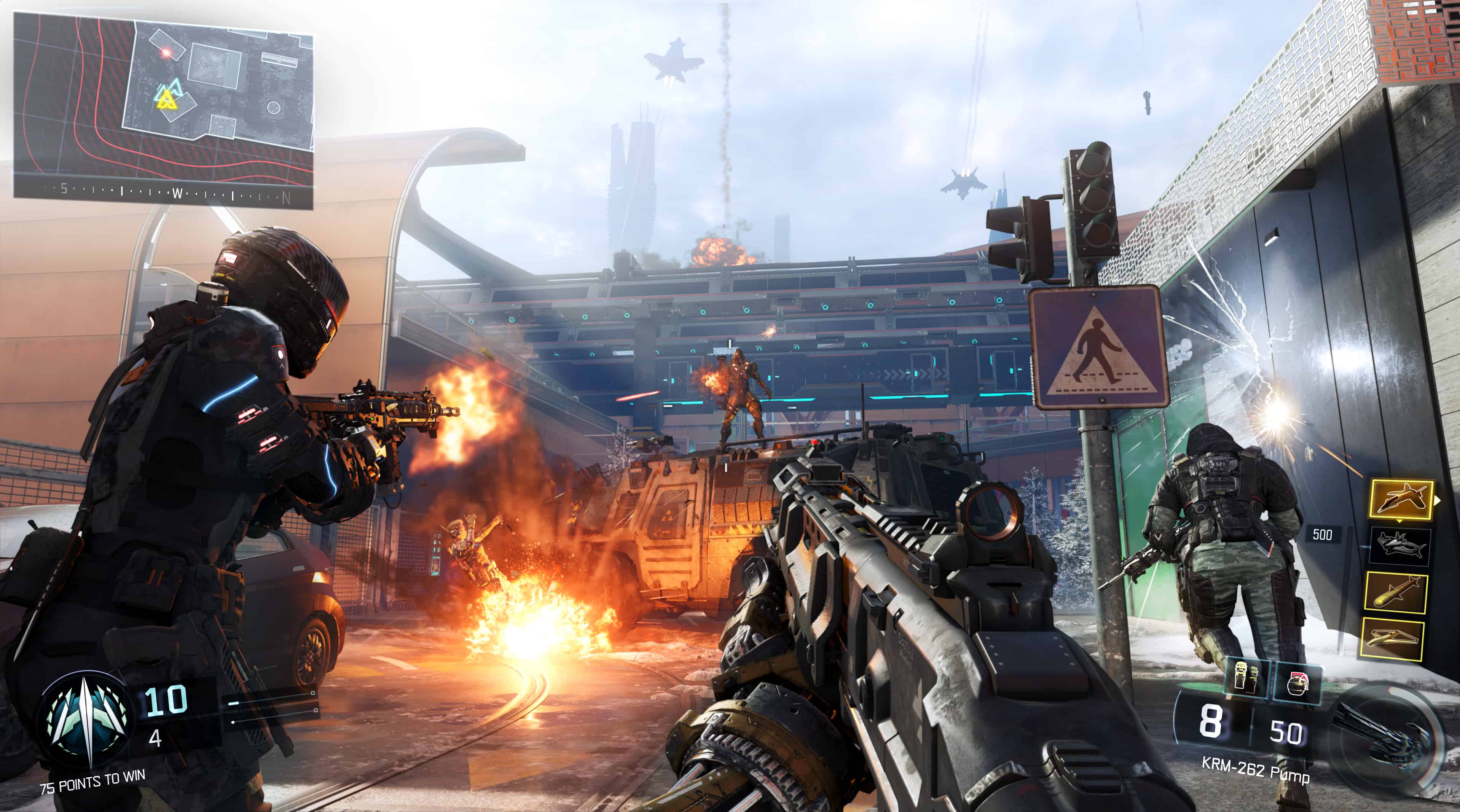 We offer a 24-Hour no quibble refund. If you order an Black Ops 3 server from us and are not entirely happy we will simply refund you.