Another game hosted by GTX. Empyrion Galactic Survival is already configured and ready to go, order a server now for instant delivery. 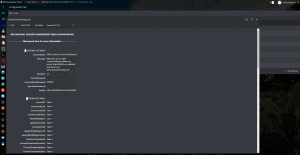 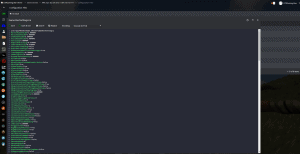 A powerhouse of features with our Empyrion Galactic Survival Server Hosting

Our Empyrion Server Hosting makes it as easy as possible to host your own server. We have easy to use configuration editors and 24-hour support in case you do get stuck. Check out the video at the top of this page to get an example of what to expect from your Empyrion control panel. We always deliver on our promises.

Welcome to the 3D world of a space survival adventure. The Empyrion video game features the exploration of space and the planet, mining and resource gathering, building and construction, crafting, survival, as well as land and space combats. Empyrion uses the Unity 3D engine, to uniquely combine elements from building games, space simulations, ego-shooters and survival games. The game is presently under development by Eleon Studios.

Empyrion is all about building and surviving in a hostile environment. You can construct everything from blocks and make parts just as seen in Minecraft: small spaceships, large starships, planetary and space stations, as well as infrastructures such as solar panels and mining robots.

Welcome to the 3D world of a space survival adventure. The Empyrion video game features the exploration of space and the planet, mining and resource gathering, building and construction, crafting, survival, as well as land and space combats. Empyrion uses the Unity 3D engine, to uniquely combine elements from building games, space simulations, ego-shooters and survival games. The game is presently under development by Eleon Studios.

empyrion galactic survival image 1
Empyrion is all about building and surviving in a hostile environment. You can construct everything from blocks and make parts just as seen in Minecraft: small spaceships, large starships, planetary and space stations, as well as infrastructures such as solar panels and mining robots.

Your mothership (a mobile home base self-created starship) can fly from planet to planet (and warp between the yet to be introduced multi-solar systems). Accessing and exploring a planet requires you to build one or several, small spaceships that can penetrate the earth's orbit and land on its surface. Equip your spaceships and mothership with defensive weapons to protect you against the NPC enemies and other players.
You must gather and mine resources for building and construction. Such resources would be found on planets and asteroids. Several planet types such as ice, desert, barren, lava, temperate, oceanic, and gas planets are featured on Empyrion. Each of these planets is different and has its unique characteristics and possibly merciless conditions. To stay alive, you have to adjust to a planet's restrictive environment. At the initial stage, you'll be faced with an uncharted universe and the only information at your disposal is about the planets, their resources, and (likely dangerous) life forms. Before your first planet-landing, you'll never know what awaits you – be prepared for any surprise.

The quest for a paradise is as old as humanity itself. Paradisiacal notions are plenty and cross-cultural. For instance, in old Egyptian beliefs, the otherworld is Aaru, the reed fields of ideal fishing and hunting grounds where the departed lived after judgment. Empyrion was a place in the highest heaven beyond the firmament in ancient cosmologies. It was occupied by celestial entities that were made of pure light and believed to be the source of creation. However, the concept of paradise has always been a legend, and in the nearest future, the Earth will be distant from being a paradisiacal abode.

The world population had increased to over 18 billion by the end of the 24th century, draining most of the planet's resources. Runway climate has caused severe weather like ferocious hurricanes with widespread devastation. Global warming has also reduced most of the polar ice and induced a sea level rise by over 30 meters submerging low-lying planetary areas and flooding coastal cities.
The surge of resulting changes had lead to political instability, a war over resources, riots, looting, mass extinctions of many species, hundreds of millions of refugees, severe droughts, famines, and a collapse of the ecosystem. The "United Council of Humanity" (UCH), claimed that the human race doesn't have up to 100 years before industrial civilization breaks down totally.

In the year 2402, a group of researchers found a starship's wreck in the Antarctic, hidden up till date under a chunky cover of ice. The ship apparently belonged to a highly advanced alien race and was technologically powered by an unknown form of energy. A star map with ancient symbols was also recovered. Soon, the scientists found out that the star map symbols were similar to those signs used in ancient cosmologies to illustrate "Empyrion” – the land of plenty.
Researchers used two decades to comprehend the functions of the alien energy cells and decrypt the map. The decryption was however partially successful, and the coordinates obtained remained ambiguous. The star map appeared to point to a place that's about 2.5 million light-years far away in the Andromeda Galaxy.

Given the worsening situation on Earth, the UCH decided to invest the remaining earth's resources in a joint effort to build a fleet of starships. This initiative was aimed at establishing contact with the strange aliens and finding Empyrion. The hope of rescuing the Earth from Apocalypse guided the attempt, named "Operation Phoenix." All ships were prepared with a different energy cell to fuel their experimental hyperdrives – a novel technology. The construction and preparation of the fleet took over 50 years. Participants were selected at a young age, based on displaying superior genetics, as well as remarkable cognitive and physical attributes. They also had adequate combat training and extensive engineering skills.

Finally, in 2473, the fleet of starships is available, and you're the first commander of the "MS Titan" sailing warship. When the fleet disembarks on its mission to find Empyrion, humankind has united to go for the event. After the hyperdrive is activated, something goes awful, and an unknown power takes control of your ship.

Any Questions? Join our Discord to get instant help.