All CS:S servers come with GameSwitching

Having been hosting CS:S from the beginning we know how to host this game. We have built a custom cpanel for ease of use as we know what games want and that is to game not config a server for hours. With our instant set up we can have you live in minutes and getting you playing the games you love.

If by any chance you are having difficulty with anything we have the best support department in the game hosting industry, working 7 days a week 24 hours a day we got you covered.

What are you waiting for rent your own server today.

Will my CS:S server be online 24 hours a day?

Yes, your CS:S server is always online. That is the main reason to pay for game server hosting. All power and network traffic are covered in your subscription so that your server can be online all of the time. Even when your PC is turned off, your clan or community friends can join your server and play in your absence 24 hours a day, 365 days per year.

How are CS:S updates handled?

If a CS:S server update is released all you need to do is click the Steam Update button on our control panel. The server will begin to check your files and update as necessary.

Once you are logged in your server may still be 'Installing'. This simply means that your server is updating to the latest CS:S version via a Steam update.  After a minute or two, click refresh on your browser and your server will be shown as 'Running' and will be ready for you to configure with your own server title and admin password.

Why do i even need CS:S hosting?

Well, there are three ways you can host your own CS:S server. 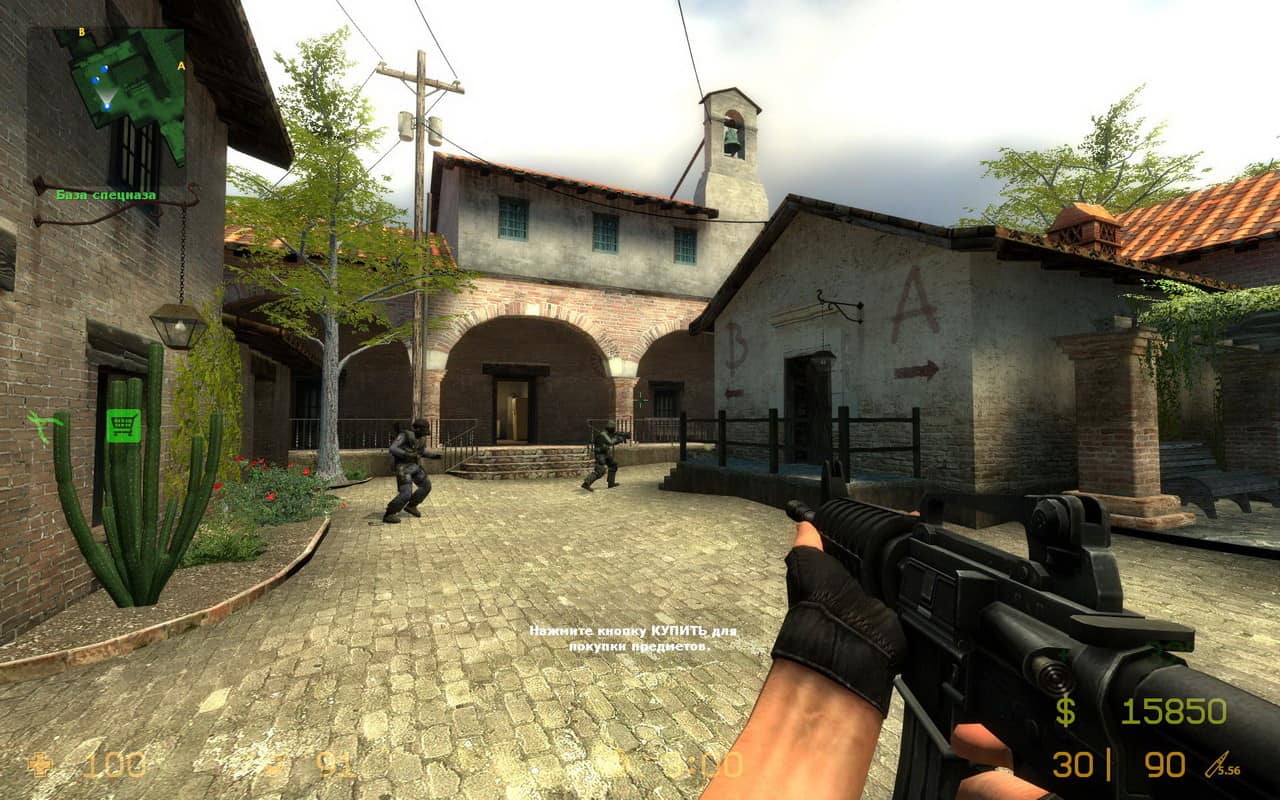 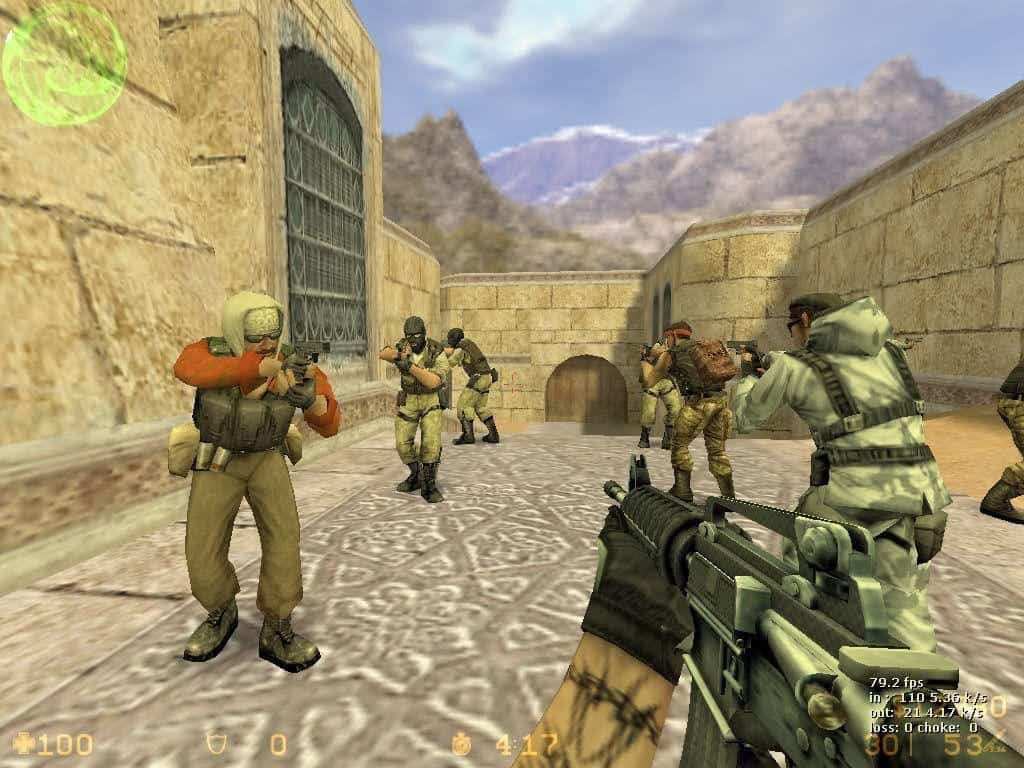 Get bored with CS:S? You can Game Switch to any other game we host with our easy switching tool.  Switch back anytime you want.

We zip up your CS:S server on every reboot and upload it to our offsite backup NAS. You will never lose data at GTX. We hold data from every reboot for 60 days.

Our automation means your CS:S server will be up instantly no matter what time of day it is. As soon as you order go to the client area, services and get your username and password.

24 Hour no quibble refund. If you order a CS:S server from us and are not entirely happy we will simply refund you.

CS:S is Counter Strike that was built on the source engine by VALVE. Building on the mega success of CS 1.6 the game brought new updated graphics and physics to the game. This was around the time esports was still in its infancy but if it wasn't for Counter-Strike and Counter Strike Source the esports wouldn't be where it is today.

Just like CS 1.6 this is a game of 2 teams with different objectives but mainly blowing up areas of a map if you're a terrorist or defusing bombs and eliminating the terrorists if you're a counter-terrorist.

With new models and updated sounds and facelifts for each map, it was much needed to keep up with the time graphically. CS:S was and still is popular with a great community of players.

Check this awesome game out on your very on GTXGaming server today.

The Counter-Strike: Source maintains its Unity-based and task-orientated first-person shooter style of play. The general objective of playing a map is to achieve the plan's intent: detonating the bomb, saving all hostages, or eliminating the entire opposing team. The ultimate aim of the game is to gain more rounds than the opponents. Immediately, the players are killed, they do not respawn until the next round. However, this depends on the server people play on. This gameplay feature differentiates Counter-Strike from the other first-person shooter games, in which the respawning of players occurs immediately or after a little delay.

While playing the game, there are some things to note. It should be pointed out that a dramatic shooting (especially while moving) decreases precision, and holding the trigger in a downward position to incessantly shoot leads to severe recoil. The severity of such damage that's induced by weaponry depends on the exact locations of hits. Also, those hits to the head are the most lethal while shots with contacts elsewhere have less significant impacts on health. Distance and the protection of target also determine the extent of the damage.

On the 11th of October, 2006, Valve published a hypothetical update titled Dynamic Weapons Pricing. Regulated by this system, the prices of items are figured out based on their demand in the previous week. Valve Corporation on March 5, 2010, announced the liberation of games from its library of first-party games. The released games included those from the Counter-Strike series, which were meant for Mac OS X. The ports were stipulated for release in April 2010. Valve also employed Hidden Path Entertainment to offer support on upgrading Counter-Strike: Source.

On the 7th of May 2010, Valve released an update again which included updated features and new functions that were developed in alliance with Hidden Path Entertainment. These included 144 (now 146) new accomplishments, player stats, a renewed revenge and domination system that's similar to the Team Fortress 2, a Source engine upgrade and more.

The Valve Corporation on June 23, 2010, made the beta available to the public in addition to the promised OS X version. On the 5th of February 2013, Valve released Counter-Strike: Source's port for Linux. This game was met with positive reviews from the professional quarters. Metacritic - an aggregate review website rated the game a total score of 88 out of 100 based on nine reviews from critics. However, Source had some negative reviews from the competitive community, who claimed that the skill ceiling of the game was drastically lower than that of Counter-Strike 1.6.